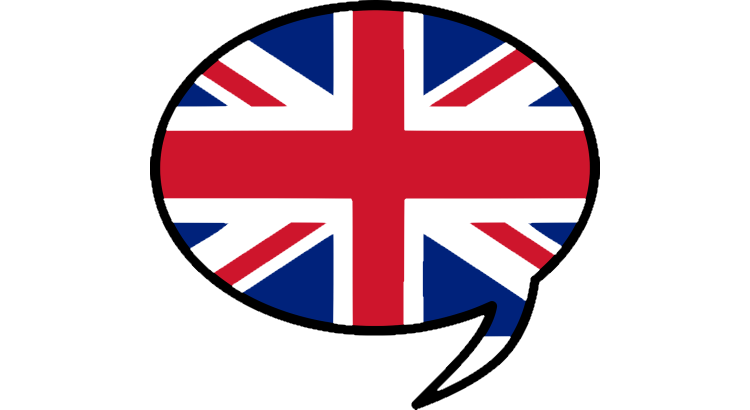 What if the thing you needed the most to survive was disappearing ? You would do everything to save it, right ? Well that thing is water, and if climate change was a bank, we would’ve already saved it.

But water is becoming gold, since the ice is melting, making the sea level rise, the water acidifing, and the ground submerged. The heat is melting the snow and evaporating the water from the mountains, which leads to humans not having access to tap water all around the world.

Soon we won’t have enough space to live in, neither access to water.
So let’s all reunite to avoid that by controlling our water consumption to the strict minimum and by stopping global warming.
Together, let’s make the world better !

Climate change is slowly killing us.

It starts with global warming, with snow melting in the mountains of California.

Because of this, California is experiencing hard droughts in the valleys during the summer. People have no more water and agricultural crops are threatened.

Global warming is also causing the intensive heat waves in Australia which is the reason for massive absenteeism and decrease of efficiency at work.

In the North America, the native people, called the Inuits, are seeing their land and culture disappear, because of the ice-melting. It becomes hard to fish, they have to dig big holes in the ice to catch fish. Here is a meaningful slogan : « Snow disappears with our traditions. Preserve it is to keep our culture ». Their culture is indeed disappearing, as well as the snow of their land. This ice melting is the origin of the rise of the sea level. In fact, people living on islands such The Maldives are seeing their land submerged by the sea. They can’t continue to live on their father’s land and have to leave to another place. As a unique solution, the Maldives wish to buy another island for the population but it won’t help us to fight against the biggest and the worst crisis of our century.

When heaven becomes an oven

Australia,  the Maldives, California… sounds like paradise on earth right? Already planning your future vacations there? If scuba diving is your hobby, or you like extreme heat, then it shouldn’t be a problem. Why am I saying that, you may be wondering? Well, simply because these places are greatly impacted by global warming.

This is not fiction, we should stop acting blindly before it’s too late. 20% of the Australian forest has already been burnt which is approximately equivalent to       40 000km², 80% of the Maldives land is going to be underwater in 2050, and California is becoming an oven with 50°C recorded last summer.

But global warming and its consequences are closer than you might believe. Burning woods, massive floods, and heatwaves, does that sound familiar to you? No need to think deeper, the answer is YES. 2022 has officially been declared as the hottest summer we’ve known in Europe. France has been ravaged by wood fires with 62 000 hectares that have gone up in smoke since the beginning of the year, in Gironde only.

If we look at the global scale, 100 000 people die each year because of global warming.

Scary huh? YOU could be next.

I don’t mean to frighten you, I just want everyone who is going to read this message to open their eyes on the emergency of climate change and question themselves on their responsibilities. We’re neither politicians nor are we presidents, but WE, at our small scale, WE can make things change.
Start asking yourself the right questions:

These are just a few examples, but there are so many other easy behaviors that could save our planet and OUR lives: don’t limitate yourself, and bear the (difficult, that’s true) responsibility of being an earthling in the XXI century.

Our current world is in danger, and because of one reason. We pollute a lot. Indeed, our different ways of consumption impact our planet. All the wasted plastic stuff are polluting the cities, the landscapes and the ocean. It even created a new continent: the plastic continent. All the cars, planes, boats, factories … are also consuming a lot of gas. It creates the greenhouse gases. And it seriously impacts the Earth. Because of a physical phenomenon, the global temperature increases. And you could think that it’s cool because it brings longer summers: that’s not all. In California, the snow of the mountain is scarcer every year . It paves the way for the rest of the year and implies droughts. In Australia, the very high heatwave has consequences on the life of the citizens. In Canada, the global warming also impacts the ice and the fishing: the fish go deeper in the water looking for a lower temperature. And with this ice melting and global warming of the water, islands like the Maldives are threatened because of the rise of sea level. They may disappear in the next few years. But YOU CAN CHANGE IT! KEEP UP TO DATE! TOGETHER, LET’S CHANGE IT!

Message to the world

You need to pay attention to this! Now no one can close their eyes on climate changes. This is not even a dream or a fantastic story, the changes are now real. You can’t ignore this, it’s happening everywhere and all the people through the world can observe it: overwarming, multiple droughts, storms and hurricanes are becoming more frequent. All this phenomenons are facts and we need to stop living in an illusion. The illusion that it is far away from us and that it cannot impact us. We all live on the same planet and all these climate changes need to be taken seriously as a problem and a large crisis we need to go through together. We are the Humanity, and we made a lot of beautiful things and now we need to stand together and act to save the planet. Do you think Inuits can stop the ice melting alone? Do you think the Maldives can stop the sea rise alone? We know that is not our problem as a nation but as a person we can individually act and mobilize a lot of people to join our strength to fight this together; we can’t solve this alone but it starts with individual actions. We need to make the world better, we are the society of tomorrow, we can make things change. Together, let’s save the planet !

Economy collapsing under the heat ? People dying of thirst ? Cultures fading away ? Countries entirely flooded ? It all sounds like a dystopian novel, however that’s the consequences of climate change we are already facing. In Australia, heatwaves are becoming deadlier each year, keeping the workers away from their jobs, children from studying. At the other end of the world, in Canada, global warming is causing ice melting, destroying an entire culture based on hunting and fishing. While the traditions of Inuit people are at stake, the lack of snow on the Californian mountains also drives to ever longer and hotter droughts. People can’t drink anymore, they can’t shower, they can’t feed themselves because there isn’t enough water to grow crops, and this phenomenon is extending to a lot of countries, becoming more and more crucial. In the Maldives, it’s the entire country that could disappear because of the worrying rise of sea level. Inhabitants will have to move to not threatened countries, which will end up in geopolitical tensions. There are some solutions, we could develop air conditioning or drill to find water, nevertheless this will never drastically avoid climate change.

The world is going wrong.

Everywhere around the world we can see the consequences of climate change. Indeed the rise of temperatures has bad effects : in the Maldives the sea level is increasing, very soon the population will have to migrate to another land. Another example  – which now talks to everyone because of this unprecedented summer –  is the very high heatwaves that touch Australia or France. These heatwaves may cause fires or trigger physical issues and a decreased efficiency at work.

We have to take action ! According to Winston Churchill «Better to take change by the hand before it takes us by the throat ». The situation can be fixed by simple actions. We could mitigate the use of electric energy by reducing our heating comsumption  or the water used in the shower. In fact climate change has impacts over our lives, jobs, health.

Global warming is not a problem of the future but a truth already observed.

« What are you talking about? »

« The Maldives are disappearing under the water, there is no more snow in Canada and California, Australia is overheating… »

These last years have been the hotest years ever in the history of the Earth. In the future, from 800 million to 3 billion people will suffer from water shortages. The ecosystems are dying, the sea level i rising, many species are disappearing,…

Because of global warming and human activities, the planet will soon become unlivable. We have to act. This is not fiction, it’s reality.

Global warming is a real problem treated as a fictional one, as if it did not concern us. But the reality is that our actions have irreversible consequences.

What if we told you that soon enough, some islands will be wiped off the map because of the rise of the ocean level? That we will then find it difficult to keep hydrated because of the lack of drinking water?

Well, we will also find it arduous to feed ourselves, in particular because of fishing becoming more and more difficult. Even going out and doing physical activities will become harder due to extreme heat waves.

In order to try and solve this problem, we should try to reduce our electric consumption and attempt to get better access to water. We should also try to use our cars less because they increase global warming!

You can make things change at your level! You are important enough, so take ACTION!